The state-controlled Chinese industrial group CIMC Group is on a study trip to Bømlo. They have built drilling rigs for Norwegian market over the past decade. Now it’s time for fish farming industry. Together with their longtime partners in the rig sector, the Chinese will build a huge ocean fish farm called Hex Box. Hex Box is a hexagonal floating rig with a huge pen in the middle, designed by Ocean Aquafarms, a Norwegian company owned by rig veterans Heidi Baugstø and Stephen Adshead. CIMC has already come a long way in planning the Chinese version of Hex Box, which is one tenth of the Norwegian size. The Chinese envisions using Norwegian aquaculture suppliers as subcontractors in China.

– We will learn a lot from Norwegians. You have a lot of knowledge about fish farming, says Guo Fuyuan, Head of fishery of CIMC Group.

Read more about it here: 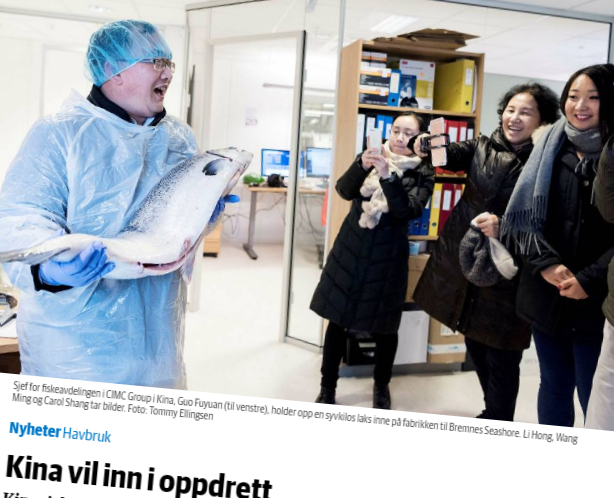